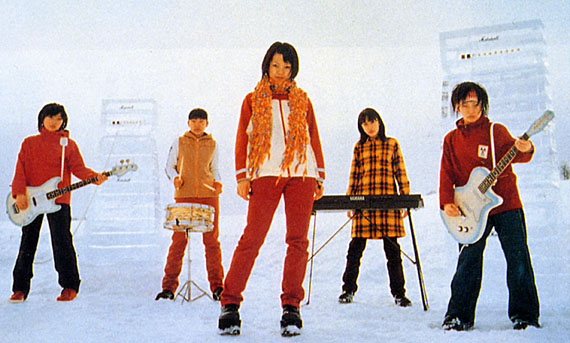 So, Whiteberry, so awesome. This song is a wall of J-Pop and it goes so fast you knew it had to be recorded with video games in mind, if not being played, by the performers, at the same time. This band was formed while these girls were still in elementary school and with time their songs became hits. They even were asked to record two songs for the Gundam TV series (for those of you not living in Japan, Gundam force is like Scooby Doo in America, but bigger).

There hasn’t been any activity for the band since 2006 but if you’re still out there Whiteberry, and you see this, email us, because we want to talk to you.