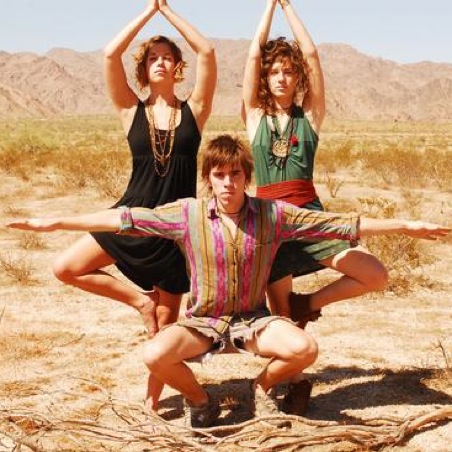 February 1, 2011, G Lucas Crane faces off against Taraka and Nimai Larson of the art-rock band Prince Rama. Another band that was brought to our attention to CMJ this year, they’ve been making big strides ever since. Now they’re serving up some aural beef for Art on Air. The event will be at The Clocktower Gallery, 108 Leonard Street, 13th Floor, in NYC and will go from 6 p.m. to 9 p.m.

Anyone can play good music, but can they play music that is good for you?

Moral Kombat is a bi-monthly performance series, curated by former AIR artist in residence G Lucas Crane, that pairs audio artists together in a sound battle in the Clocktower. An inquiry into the impossibility of assigning objective value to music, this series poses the questions: “Who plays the most moral music? Who’s improvisation was conducted with the highest level of moral content?” A question answered by the equally thought provoking Moral Determinator, an interactive light sculpture built to communicate messages of fate.</>