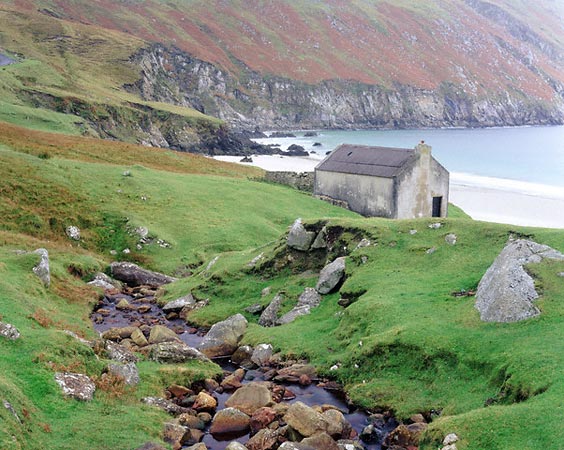 Hello to our Irish readers, one of our Tom Tom team members will be in Dublin/Cork for a short while, spreading the Tom Tom word. If you can recommend any book shops you think may want to subscribe to our magazine please list it in the comments so we can pay them a visit! We would also, always appreciate knowing where they party at, so feel free to share. Enjoy these Irish beatmakers, drummers, and percussionists we found in our pre-trip research for now!

Whoa, Cixous Ghost is good! The sound meets somewhere between Crystal Castles, Zola Jesus, The Knife, and a Grand Theft Auto soundtrack. It’s so creepy, dark, and a little industrial.

Do I smell Kraftwerk? Babybeef’s stuff is really akin to classic electronic music but it invokes elements from a lot of music in the genre. This is a solo project of Sarah Carroll Kelly and she really nails it.

Sansie is the solo project of Julianne Shaw, one half of Nakatami Towers. Lately she has been DJing, remixing, and writing/recording. We look forward to the result! Listen to her remixes, they’re stellar!

“KVX began in January of 2005, when, INSPIRED by Cork being European Capital of Culture (ha ha), schoolfriends Niamh, Ciara and Eimear decided to form a band – Niamh on her sister’s drumkit, Ciara on her dad’s acoustic guitar and Eimear on her one month old encore bass. The three continued jamming until March, when they realised nothing was happening, and recruited Leah on guitar x 2 and Daire on violin x 1. The band continued to flourish, and in October got into the final three for week-long RTE TV show, aptly named “Jam” (MOST POPULAR IRISH TV KIDS SHOW EVERRRRR, NERR). The band is still around today, and all live in villas… in spain…. with lots of groupies and 17 musical instruments in every room.”
via myspace

Feel free to share some more Irish female percussionists, or any anywhere in the world!